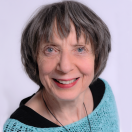 Author of the book, exhibition and theatre-play The Girls of Room 28 (2004). Its overall-name and brand is Room 28 Projects. A branch of it is the publication series Edition Room 28 and the Educational project.

With the publication of the complete authentic Theresienstadt diary of Helga Pollak-Kinsky under the title Mein Theresienstädter Tagebuch 1943-1944 (My Terezin Diary) in 2014 I started Edition Room 28. Further publications followed.

Born in Schwäbisch Gmünd, South-Germany, in 1951. Before I began my studies I lived for a year with friends on Long Island, USA and visited Stony Brook University as a guest student. After that I studied in Tübingen, Munich and Berlin. In between, in 1977/78, I worked for the German exiled author and Shakespeare translator Hans Rothe who lived in Florence/Italy and had fled Germany in 1934. After his death I prepared the literary estate on behalf of his son for transfer to the German Literature Archive in Marbach.

In August 1979, I moved to West Berlin, resumed my studies and worked for the theatre-agency Gustav Kiepenheuer Bühnenvertrieb. From 1984 until his death I worked for the American author Peter Wyden. I made researches for his books "Wall. The Inside Story of Devided Berlin" and "Stella. One woman's Evil, Betrayal and Survival in Hitler’s Germany” and further of his projects.

Hans Rothe and Peter Wyden became the decisive personalities for my professional career; also my late ex-husband, the artist and radio-journalist Helmut Wonschick (1947-2021), with whom I was married from 1992-2003. I am a happy mother of a wonderful daughter.

Brundibár and the Girls of Room 28 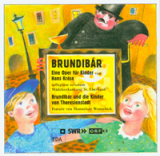 The radio-feature was produced in 1998 for the German radio stations SFB, WDR and RB, then for the Austrian Radio (ORF Vienna). In 1999 the Berlin label EDA records published it along with a CD containing the opera itself. It is still available.

In 2004, the book Die Mädchen von Zimmer 28. Freundschaft, Hoffnung und Überleben in Theresienstadt was published by Droemer Publishing House, Munich. The story is based on the authentic experiences of survivors of Room 28 and their recollections of their childhood in the Theresienstadt ghetto. It is all in one - reportage, multi-biography, the story of a group-fate and a vivid historical account.

The book The Girls of Room 28  could not have been written without the authentic diary of 12-13 year old Helga Pollak, later Helga Kinsky, which is why, in 2014, I published the complete diary of Helga Pollak-Kinsky under the title: Mein Theresienstädter Tagebuch 1943-1944. It is the very reason why Edition Room 28 started.

The story told in the book, the exhibition and the play along with the vivid oral testimonies of the survivors themselves, who felt it to be their duty to share their experiences with the younger generations, had a major international impact.

First and foremost teachers and people active in the field of education, Art and Holocaust Remembrance recognised the educational, artistic and human potential and its symbolic power. Room 28: a nucleus of humanity. This is why an educational project emerged and, in 2007, the NOP Room 28 was founded.

The educational project is presented in the brochure:

On 124 pages you learn about the story and the motives of our project of remembrance, about its educational value, its dimensions and chances. It also contains contributions by outstanding academic, some of which you can find under Documents as well as exemplary teaching material. It also conveys the concept behind this educational project, which is conceived as a dynamic and an international one.

Evelin Frerk, photographer, journalist and founder of the online galery of humanists, who-is-HU, made an interview with me about the educational project for the online magazin hpd. It got translated into English and can be read under Interview.

For the NPO Room 28 the educational project along with the exhibition has become the core field of activities and main mission.

Some of my favorite photos