The original exhibition was created in Germany and opened on 23 September 2004 in Schwerin, where it was first opened as  part of the festival "Verfemte Music" (Banned Music).

of the original exhibition

The image is based on the cover of the first edition of the book The Girls of Room 28 published in 2004 by Droemer, Munic.

The first edition was made of posters in glass-frames.

Reconstruction of Room 28 in the German Parliament

attributed by the German Parliament, January 2008

The second edition was printed on synthetic material.

paintings of the "Girls of Room 28"

Roll-up, panels and outside wall of the model of Room 28

with documents of "The Girls of Room 28" 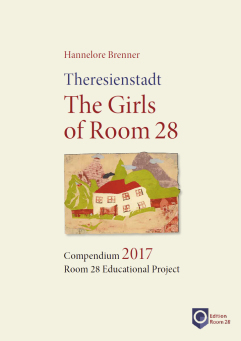 Translated by Renate Müller. She also translated the book "As Meninas do Quarto 28" from German into Portuguese.

Learn all about Room 28 Projects and the Educational Project here: